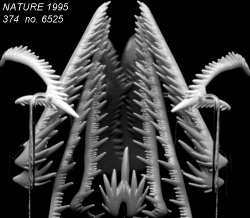 Conodonts are extinct chordates known mainly from tooth-like microfossils in Late Cambrian to Late Triassic fossil deposits (495 to 200 MYA). The nine manuscripts in this volume were, for the most part, first presented at conferences dedicated to conodont studies in 2006-2007 that each celebrated two milestones in conodont studies, the 150th anniversary of Christian H. Pander’s 1856 paper that first described and illustrated conodonts, and the organization of the society for conodont enthusiasts that now bears his name in 1967. These papers cover a wide range of topics, times, and regions, illustrating the broad utility of conodonts, primarily as biostratigraphic tools, but also in studies of, although not limited to, geochemistry, paleobiology, paleogeography, and sequence stratigraphy. This volume is dedicated to William M. Furnish (1912-2007) one of the pioneer practitioners of conodont studies, a gentleman, scientist, and fine teacher who in passing has left us all poorer. We are now accepting pre-publication orders. Please email me directly for a proforma invoice or order online at www.priweb.org.
Publicado por Aragosaurus el 2/27/2009 08:39:00 p. m.